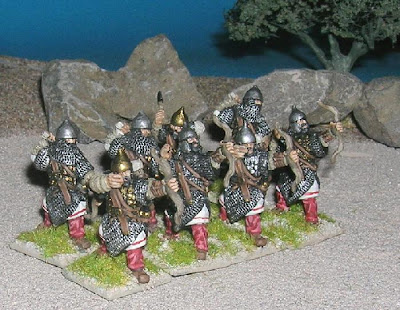 On the basis that having blogs is definitely making me paint more and in a more organised way it is time to start another one!
This one will reflect the building of (initially) a 3rd Century Roman army for Warhammer Ancient Battles and their Palmyran (and eventually Sassanid Persian) opponents. I have always like Romans from the days I got my first set of Airfix plastics and fielded hundreds (all unpainted of course) against a Carthaginian army built from Ancient Britains, red indians and a Britains baby elephant with plasticard howdah. Surprisingly, it has taken me some time to start building 28mm Roman armies. I started with EIR using the larger Steve Saleh Foundry figures. There are hardly any different poses as he left Foundry before really starting on the range but it sort of doesn't matter so much with Romans. I needed the big figures because I had bought the Renegade Celts which were huge. Next, I bought a load of the Copplestone Caesarian Romans but other than a few officers I haven't painted any yet. This is odd as they look great painted (I have done a few officers). Then I started a Punic force which progressed well driven by the Cynoscephalae battle we did for the Society of Ancients battle day this year.
http://punicwarwab.blogspot.com/
Somewhere in between I bought some of the A&A 3rd Century Romans.
http://www.aandaminiatures.co.uk/
This purchase was entirely down to the pictures of the figures I saw in one of the wargames magazines. In many ways they are just the sort of figures I don't like: stocky with big heads and exagerated weapons but there was just something appealing about them.
http://www.aandaminiatures.co.uk/details.asp?code=mir02&desc=Infantry%20command%20(2%20senior,%202%20Junior%20officers,%202%20musicians,%20and%202%20standard%20bearers)
The reasons I like them are partly because they are unusual but also because A&A offer a good range of poses: rather than just one command pack you can choose from no less than four infantry command packs. Then again you have troops in mail, scale and lorica armour. No doubt you should use them all in the proper periods but there doesn't seem to be much agreement as to what sort of armour disappeared when so I am going to mix them all up. 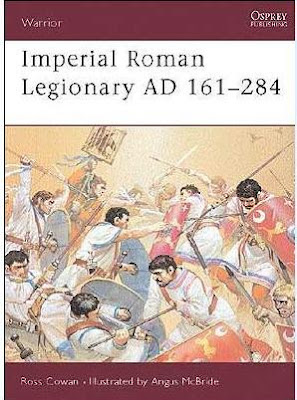 The range was obviously inspired by the Osprey covering the subject by Ross Cowan and some of the figures have been modelled directly on Angus macBride's wonderful paintings. 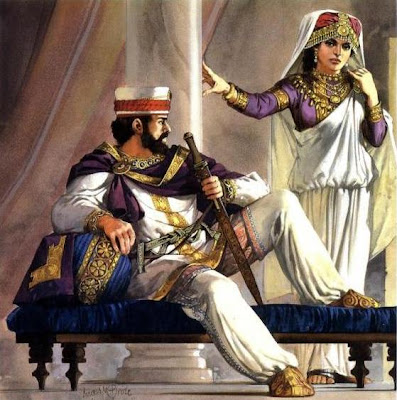 A couple of weeks ago A&A announced the start of their Palmyran range and I have already sent off for some cataphracts and Queen Zenobia on a camel, dressed as she is in the cover to David Nicolles's Osprey on Rome's Enemies on the desert frontier.

The big advantage of a Palymyran army is that it consisted of a lot of cataphracts so that should mean not so many figures!

I am now well on the way to finishing my second eight archers to go with the ones above. Then I think I will start on some of the cavalry I have already got.
Posted by legatus hedlius at 03:19