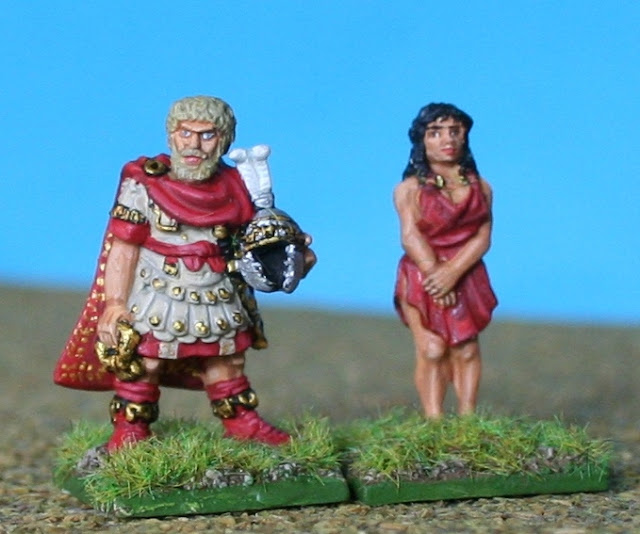 Here is my Aventine Lucius Verus (130AD-169AD) figure which I finished today.  Having spent a lot of time in Antioch shortly before going to Germania with Marcus Aurelius, his co-emperor, we have given him a Syrian slavegirl to look after him. 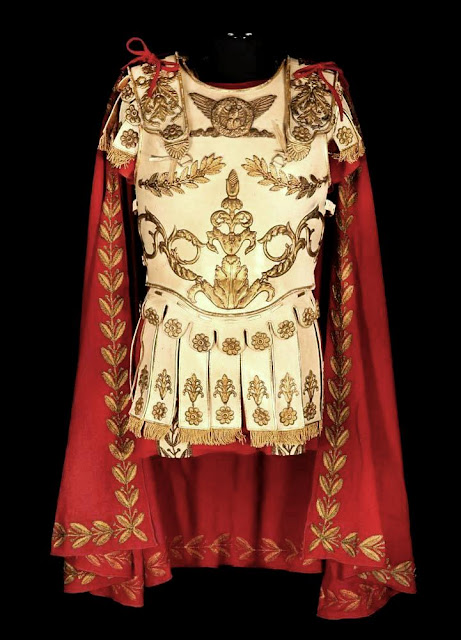 His armour and cloak are based on one of the costumes Richard Burton wore in the film Cleopatra (1963) which was designed by Guiseppe Peruzzi. 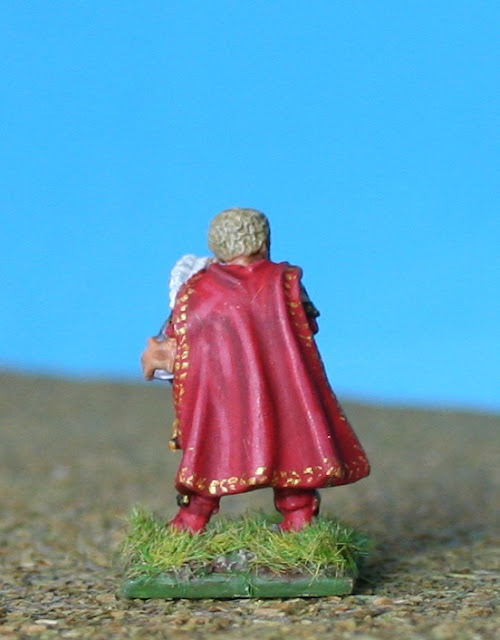 I took these pictures with the SLR which has made them look rather more squat than they are in real life.  Certainly the Warlord Games slave girl is quite willowy in real life. 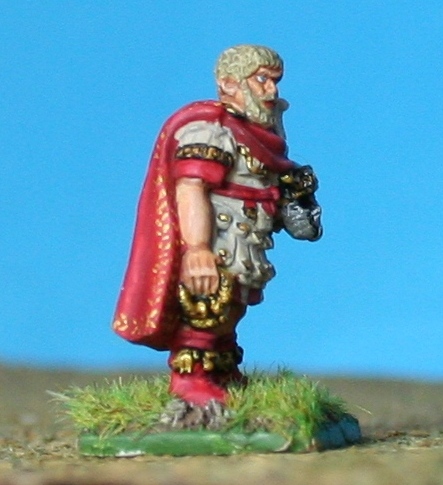 Unlike the scholarly Marcus Aurelius, Lucius Verus was considered something of a dissolute character fond of dice, the company of actors and chariot racing.  He also had a mistress called Panthea from Smyrna (Izmir) whilst in Antioch.  Indeed, it has been suggested that he was sent to Antioch to lead the campaign against the Parthians purely to get him to back off on his debauched lifestyle and act like the emperor he was. 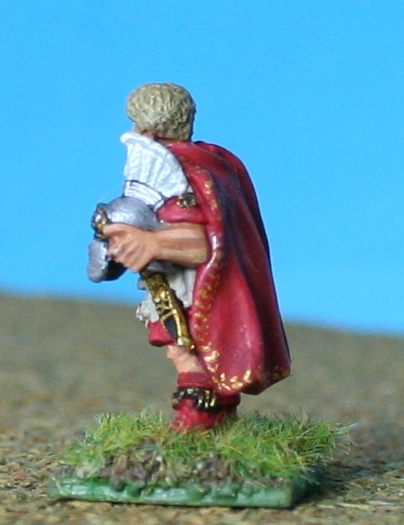 It was suggested that he was also chosen for this military campaign because he was in better health than Marcus Aurelius.  Ironically, it was the robust Lucius Verus who died at the end of the first year of campaign against the Marcomanni in early 169AD.  It was said that it was as a result of food poisoning but could have been smallpox.   He didn't live long enough to see any major engagements but I think I might keep him around for a bit longer! 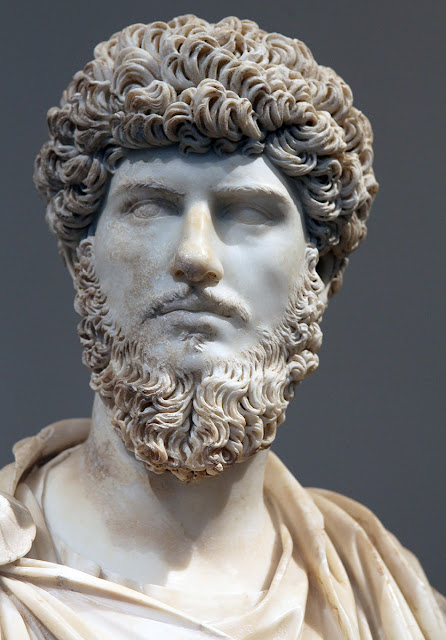 The Aventine figure does look like Lucius Verus who was famous for his fair hair whose appearance he enhanced by sprinkling powdered gold on it.  His mistress, Panthea, did however make him shave his beard off when in Antioch, much to the derision of the Syrians.

Praetorians next.
Posted by legatus hedlius at 07:55

I am reminded of the Mark Anthony character, in "Rome". I wonder if we could persuade Keith to model him, rogering the farm girl against a tree, whilst the army looks on? ;-)

I'd quite like a model of the Penthouse Pet I met a few years ago who had been in Caligula too!