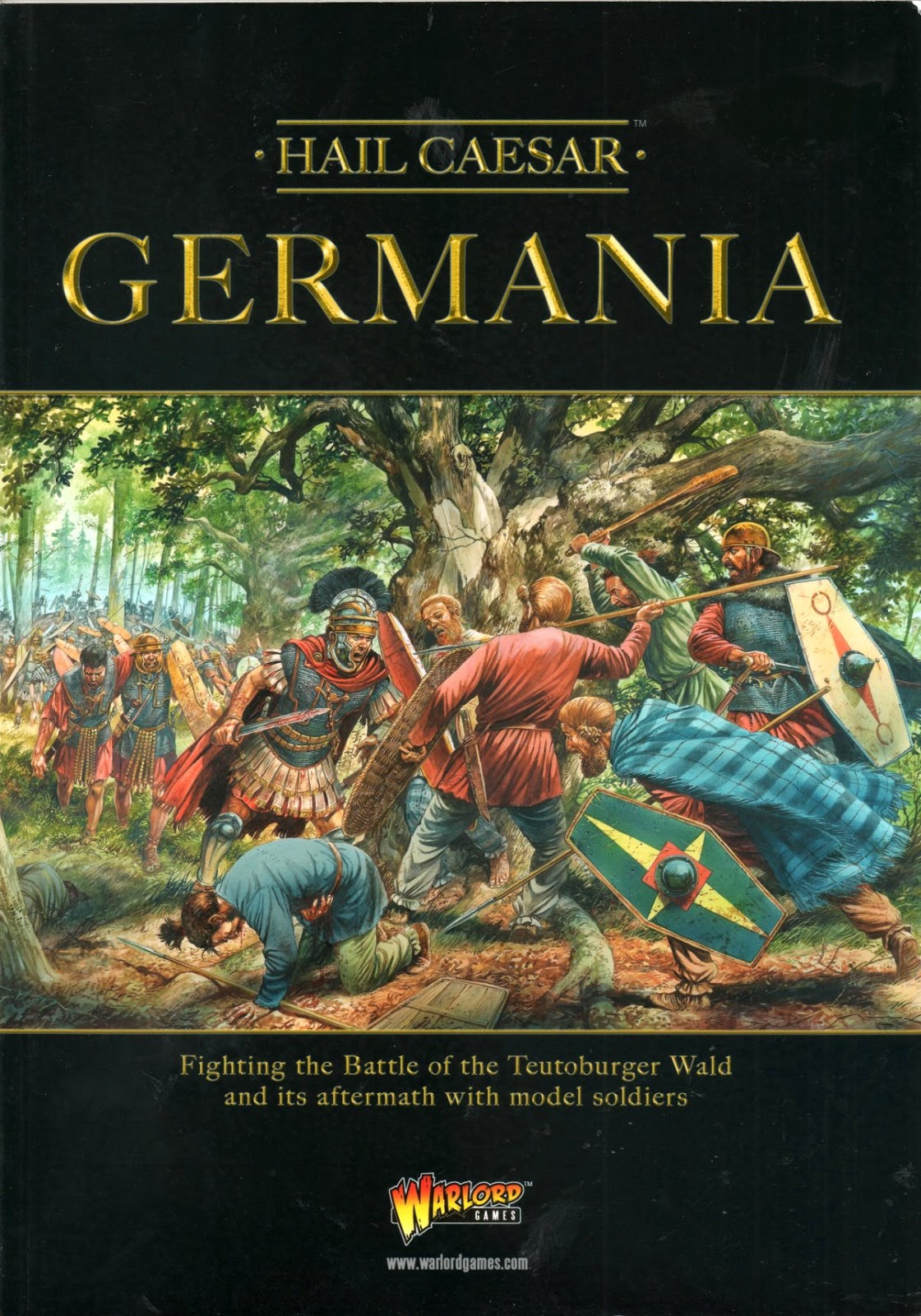 I was in Orc's Nest today so picked up the new Hail Caesar Germania supplement.  It has a half a dozen scenarios but, of course, given the distance back in time of the conflict most of these are rather more generic than the excellent ones in the Zulu War book produced by Warlord a few months ago.  The real issue I have with it, in my rivet counting way, is that no-one, and certainly not Warlord produce appropriate figures for the Roman army of the time so all the Roman figures in the book are wrong.  I find this very odd, especially given the anniversary five years ago.  Annoyingly the cover of the book (from Osprey) shows exactly what they should look like; mainly chainmail but with cingula and older bronze helmets plus a few of the early lorica segmentata.  Caesarian troops are missing the cingula so don't work and there are hardly any EIR in chainmail.  I suppose it's not that important but it's rather like having British Crimen infantry used for the battle of Salamanca in the Peninsula or WW2 troops for WW1. 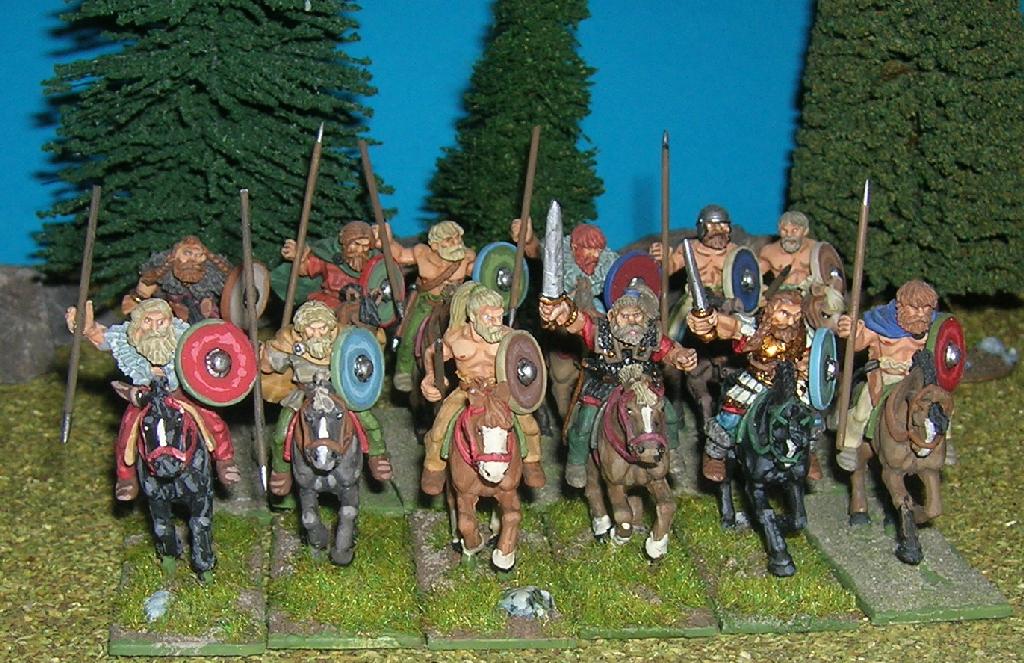 Some figures I have that are fine are my Foundry Ancient Germans by Mark Copplestone (now being reborn as 18mm fantasy figures ,many of them!)  These are some of the first 28mm figures I painted after starting some Darkest Africa and Vikings about fifteen years ago and they really look it now. 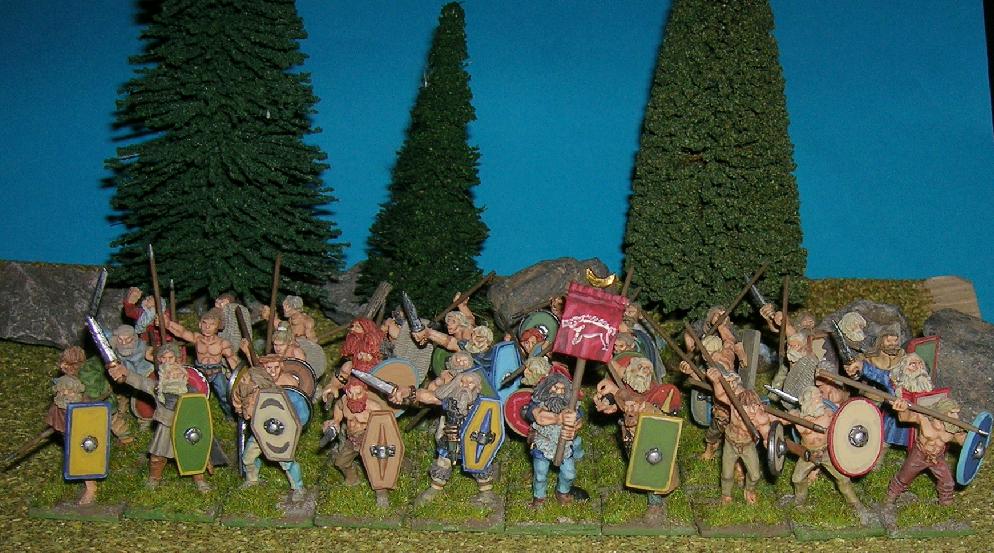 I did upgrade most of their bases when I had to field them for a game at Guildford seven years ago but they really need a complete face lift.

The only good thing about them is that I can use them with my Aventine Romans for the Marcomannic War.  I think I'll dig them out and see how much work they will need to bring them up to an acceptable standard.  The scenarios in Germania will work fine for the Marcomannic War
Posted by legatus hedlius at 14:17

The German cavalry look good! I'm very tempted by the Marcommanic Wars, too. I did a little research on them, too, and intend to have armies myself, one day.

BTW just finishing off basing all the Roman archers I bought from you- they look very good!

I was curious about picking this up, and wondered if it was worth it as my Germanics are the only ancient army I have... I originally collected them for WAB but have dropped interest in that ruleset in favour of HC... are there any startling army list configurations or unit types, tactical discussions etc that make this a must-buy?