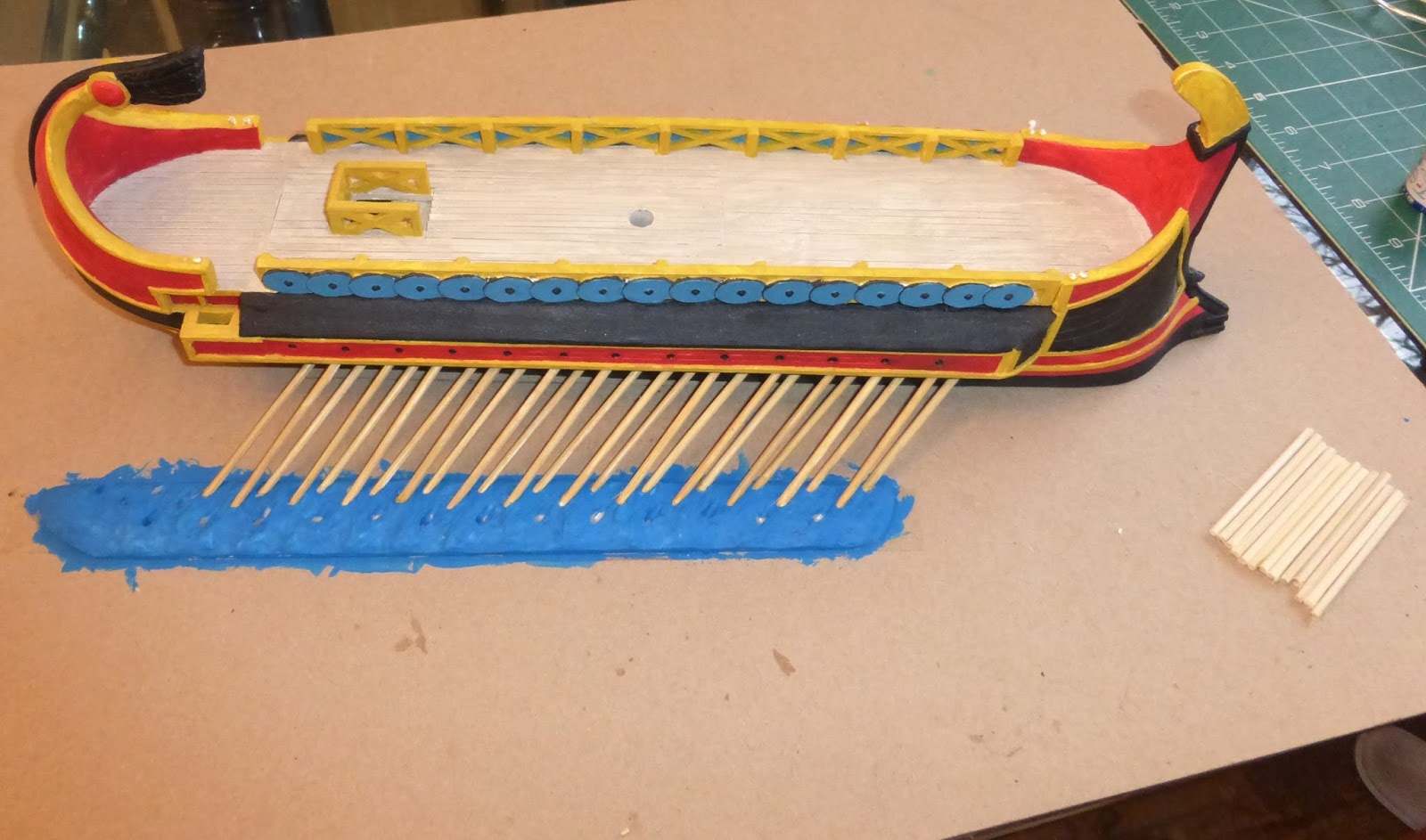 Finishing the Roman Galley was put on hold last year for a number of reasons, not least of which was my panic at working out how to do the the oars.  The Grand Manner model comes with a rather curious strip of textured sea into which 39 holes have been made to take oars.  This means the oars are inserted into the sea not the ship.  Initially I thought that this was a very odd idea but now I have started to do them it means I can keep them as a separate unit and just place them in position next to the ship's hull.

The aim now is to get the galley ready for Salute in two weeks time for Big Red Bat's invasion of Britain game.  Today he kindly sent me some pictures a friend of his had taken of his work on the same model.  Even better, the person concerned, Mark, sent me a couple of emails with useful information on oar length etc.  As a result I have managed to glue in two out of the six banks of oars this afternoon and I have cut the next two banks worth of oars to length.  My wife said that Waitrose bamboo food skewers should be about the right diameter for the holes and she was spot on; they fit exactly.

I also base coated the two resin sea pieces today using the same paint Big Red Bat used for his Thapsus game.  I don't know if he is using the same scenery.  The colour is rather too blue for the English Channel compared with the Mediterranean!

So, tomorrow my aim is to finish the oars and the sea base.  During the week I want to tidy up the painting on the galley, including working on the two eyes for the bow.  Next weekend it is masts and thinking about some rigging.  This will be very minimalist as I want to be able to carry the galley to Salute in pieces as I am going on public transport (that should limit my purchases this year!)
Posted by legatus hedlius at 11:41